Wading into the Waters at Tijuana

By the blast of God’s nostrils the waters piled up.
The surging waters stood up like a wall.
The enemy boasted, “I will overtake them.
I will gorge myself on them.
I will draw my sword and my hand will destroy them.” —Exodus 15:8

Caravans of refugees are arriving in titanic proportions. People are fleeing the terror of war and economic slavery. This peaceful flight across the Tijuana river happens as we honor the Jews crossing out of economic slavery. The caravan migration is historic, dare I say…. Biblical.

I spent two weeks with other humans joining the migration culminating at Tijuana. We volunteers were parceling out toiletries, food and medicine to fellow travelers at Al Otro Lado (AOL), a human rights organization. To these seekers of refuge, I gave nano bytes of advice and gave tons of love. AOL pays a small rent for three large floors, wide like a worn basketball court. We filled the space with a cafe table for sandwiches; a corner with a printer, and files for refugee cases; 3 tables for childcare propped with balloons and Legos. But really the building runs on love.

It’s March 2019, picture 40 volunteers in a circle with a group meditation. We breathe together for 10 minutes, then laugh. Before we work together, we use a 6th sense. Our antennae feel our group power. Our group energy is an orchestra tuning together. When we greet each person who has been on the caravan, we come from calmness. I don’t open my arms to hug them, but I spread my spirit wide to show each migrant they are welcome here. We see them as whole and deserving. Likewise, we do that for each other. It’s harder to have a generosity of spirit for our partner volunteers. We divide up the work.

Three of the programs offered this month at Al Otro Lado:

A few more details about the Crossing… The cross is a portal, a tiny opening allowing a limited number of people through. The Crossing also rings of the Crucifix. Any ID they have we capture and put all papers in a online file and give them the URL so that they can access the papers themselves anytime. How useful is that? Just imagine traveling for 1500 miles, going on foot for weeks, keeping track of your essentials, and having food intermittently, having your bags taken or misplaced. Now all ID and phone numbers, police reports, and photos can be put in a file online. “We have the Tijuana magic” Luis calls our work. We are pragmatic: decisions are rooted in love, not in fear. 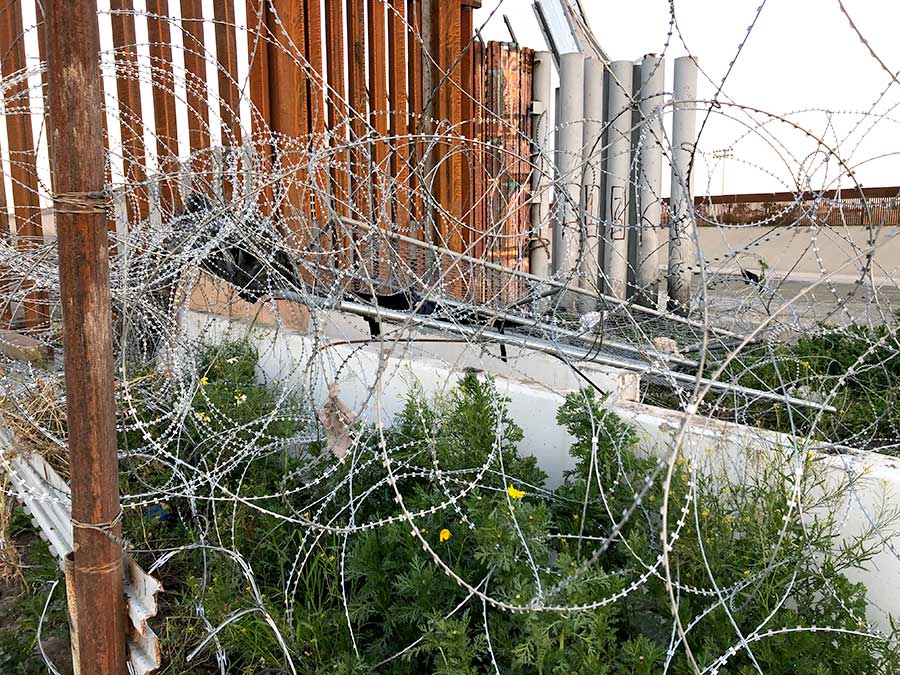 I borrowed enough time from each guest to understand their story, and then time to edit my Spanish. I wondered why Latinos left, what spurred them to pull out from the known to the unknown? I talked to many in their 20s. A 23 year old mother, Mari, reminded me of my niece in college. Both have that tough lip and glint of determination. Mari was given five questions to organize the story of fleeing — Who was involved? What did the attackers do? Why? Did the police help? Was there any other part of country you could flee to? — We explained the categories to apply for asylum which could be rape, kidnap, under threat because of an ethnic minority, or gender threats.

I talked to a Mexican father who took his two children and fled to Tijuana after a death threat to his eleven-year-old. The wiry kid with thick lashes was a soccer player and saw a gang doing a crime. Drug thugs may want him dead so he doesn’t go to the police. The family left that week for ‘El Norte.’ The mother picked up some belongings, father dropped his work, pulled his kids out of school, and got on a plane for Tijuana the same night. That morning he found out he couldn’t just cross into the US — it takes 6 weeks now because the list to enter is long. He was in tears. He had sacrificed everything to relocate the family suddenly. This gang has long tentacles and he believes the son is in danger anywhere in Mexico. The gangs are violent. The US wall and the detention cages are also violent, causing fear and discrimination for this discrimination. 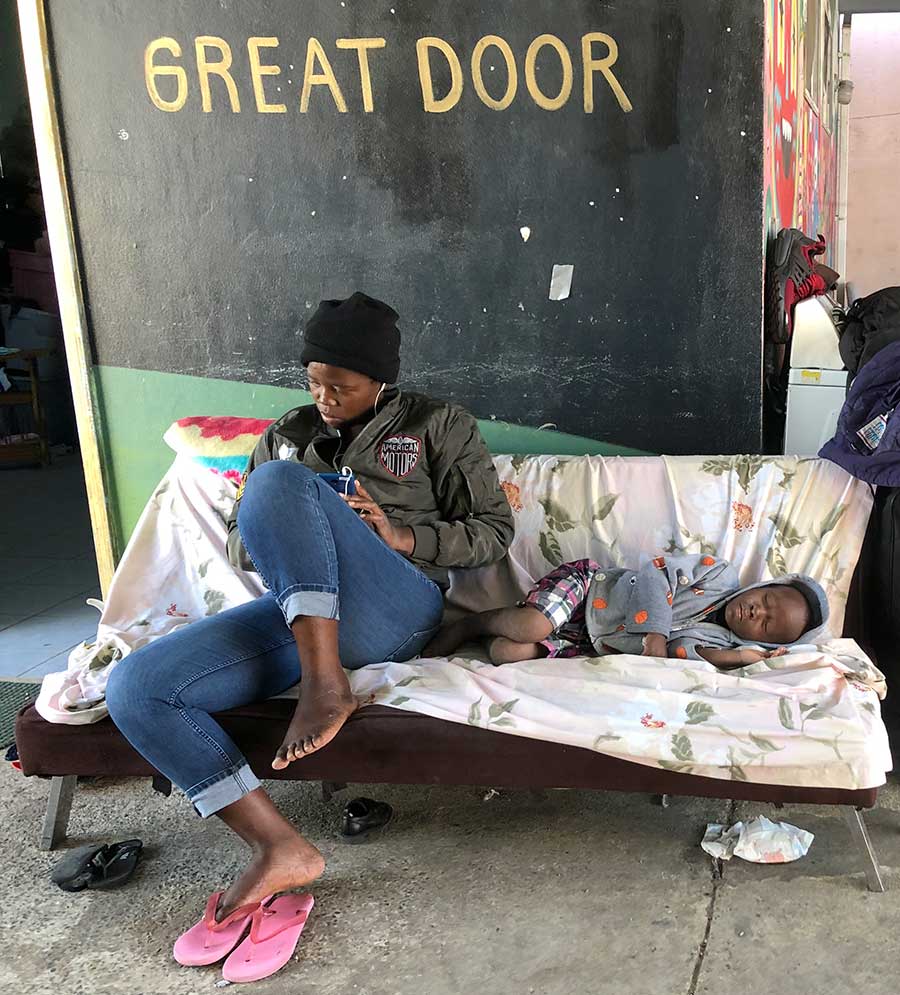 Another single Honduran mother, just 25 years old with an infant in arms and a lively daughter had come because members of her family were killed. Her husband disappeared. Whether she should risk the grueling US asylum process or stay in Tijuana was the most important decision of her life. What struck me as I played footsie with the baby was that children everywhere are adorable even when dirty or exhausted. One 5-year-old boy had his hair gelled up in a top flip, like a mariachi. He was smiling and prancing around his patient father. The children were obviously very loved. I noticed children felt save enough at AOL to play. The parents could breathe as they considered what is best. None of them nor us volunteers have any idea what their life will hold in the US.

Luis wants to put the Tijuana plane on cruise control as we repair the trauma that rents these lives and the fabric of society. “We are all eating from the same trauma pie. Can we bring down the trauma plane in a legal way?” I catch his meaning to be: US immigration laws are causing a humanitarian crisis so can we fight the crisis with better laws? Maybe. But history doesn’t speak optimistically about laws. Luis actually answered his own question. We fight injustice with love. We need laws, but without enforcing laws tempering them with love. Laws are written by smooth shiny hands. Truth is written by gritty hands.

At this time of Passover the Beings at the border are seriously impacted by the US enforcement. Homeland Security are the soldiers of Egypt. The refugees are knocking at the door as we sit at the Seder table. Will we cross the Tijuana river with them? If we don’t walk beside the refugees will we be tossed into the Red Sea? Our laws can safe lives, but when laws fail Love survives. 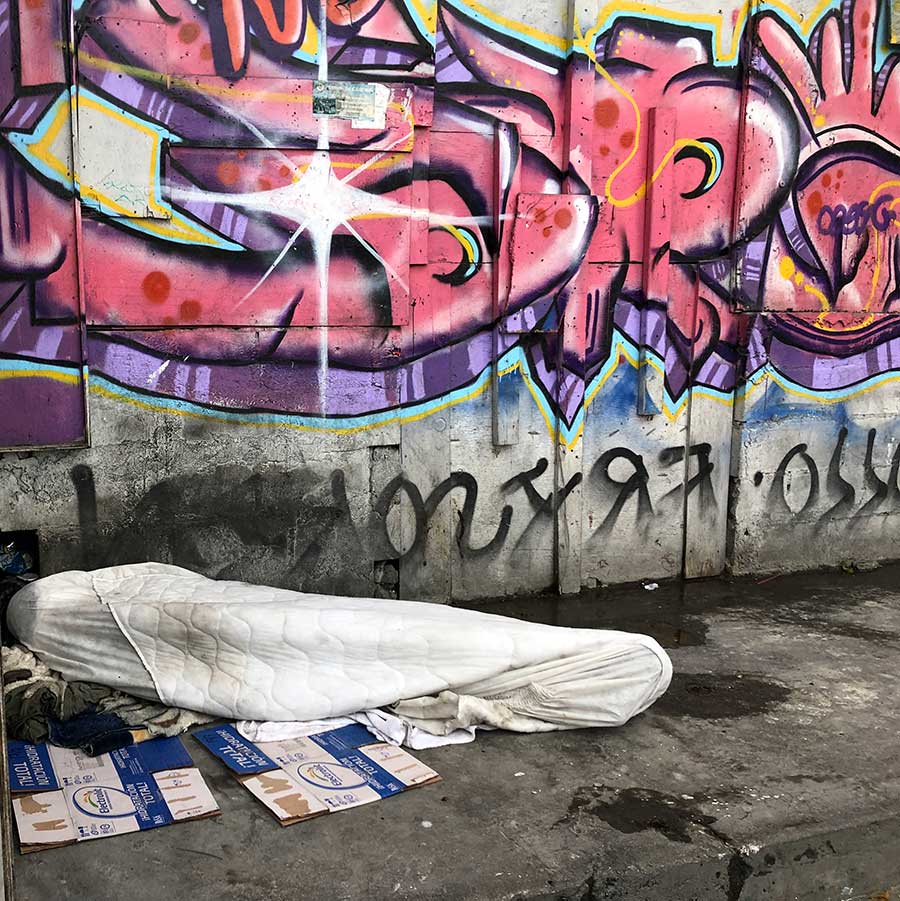