Halloween is first seen in the 1500s as a Scottish version of All-Hallows-Evening. Centuries before that, the Celtics called the festival Samhain, a term meaning ‘summer’s end.’ Christians began observing All Saints’ Day on November 1 in 837. By the 1100s many believed that the souls of the departed wandered the earth until All Saints Day. To avoid being recognized by a wandering soul who might visit you the day before November 1st, Christians could wear masks and costumes for disguise. In Ireland the turnip was carved into a face at Samhain to remember the 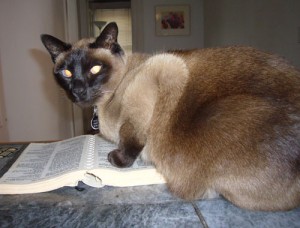 souls that died that year. Here in New England the Puritans (and Quakers) took no part in these rites; not until the Irish/Scottish immigrations in 1800s did Halloween become assimilated into society.

The burning of witches happened from the 1300’s up until the end of the 1600’s. Anywhere from one million to 9 million people were executed, starting in Germany but spreading in ferocity all over Europe west to the British Islands and south to Italy. 85% of the people murdered, usually burned at the stake, were women: old women, mothers and young girls. 900 were destroyed in a year in Wertzberg, Germany. 400 were put to death in one day in the town of Toulouse. How did this mass execution explode beyond control–even gaining in virulence well into the “Age of Reason?”

The witch-hunts were campaigns organized and legalized by Protestants, Catholics and state governments. The unquestioned authority, Malleus Maleficarum, or Hammer of Witches, was written in 1484 by 2 priests, Rev. Kramer and Sprenger. For three centuries this book on demonology sat on every judge’s desk to guide their ‘legal’ rulings.

Witches, according to the Catholic priests in the Malleus Maleficarum had a pact with the devil. Women accused of witchcraft were examined (usually under torture) for 3 crimes.

1. Sexual impurity: Has she engaged in any unusual sexual acts? Has she ‘enticed’ any men into adultery? Does she control her own reproductive organs? Is she choosing not to have children? Even without any outward action, is she a threat to men?

2. Power to influence health: Does she possess any medical skills in herbal remedies, in being a midwife, or try to influence any villagers’ health when they are ill?

3. Grassroots organizers: Are they seen as leaders of the people although they hold no power?

The Church associated women with sex, and all pleasure in sex was condemned, because it could only come from the devil. Witches were accused of giving contraceptive aid:

Now there are, seven methods by which they infect. . .1., by inclining the minds of men to inordinate passion; 2., by obstructing their generative force; 3., by changing men into beasts by their magic act; 4., by procuring abortion; 5, by offering children to the devils. . .

The Malleus again declares, “When a woman thinks alone, she thinks evil.” And finally, “All witchcraft comes from carnal lust, which in women is insatiable. . .And blessed by the Highest Who has so far preserved the male sex from so great a crime…”

The wise women, or witches, had a host of remedies which had been tested by years, even centuries of use. Many herbal remedies developed by witches are used today by pharmacologists: pain-killers, digestive aids, anti-spasmodics. The healer’s methods were as great a threat to the Church as her results, for she relied on her senses not on doctrine, she believed in trial and error, cause and effect. She was an empiricist. Even respected healers must die: in 1563 the distinction between a bad witch and a good witch was dropped and they all were publicly executed.

Interesting how today we are still fascinated by warlocks and witches. Wicca is an accepted religion but few people know about it. Some interesting facts are that the Wiccan New Year begins on October 31st; this date is the half-way point between the fall equinox and the winter solstice. In the USA about 770,00 witches or pagans exist, 70% of them female and 70% of them under 45 years old.

Currently in US history we have our own witchhunts. Blacks are imprisoned, the death penalty is spreading, the pharmacies and HMO’s control who receives medicine. “Those who are ignorant of their history are doomed to repeat it.”

Who are the witches?

Where do they come from?

Maybe your great-great grandmother was one.

There’s a little witch in every women today.