by Minga Claggett-Borne | May 4, 2011 | Light In Action, Stopping Violence

As a Quaker I vehemently disagree with Obama’s killing of bin Laden. It is immoral and believe it or not, illogical. Barack Obama said on May 2, “The world is safer; it is a better place because of the death of Osama bin Laden. …Today, we remember the sense of unity that defines us as Americans.”

First, the world is less safe now. Was it a death? No. It was murder, even an assassination. Secondly, there is no unity.” I and thousands of other Quakers cry out, “Stop. Treat your enemies justly, even if you do not follow Jesus’ example of loving your enemy.” Venomous violence against anyone contributes to a world living by vengefulness. If blood has been spilled by bin Laden, why not take him to the world court for justice? The Pentagon is not just nor do its actions speak for me. I as a person who yearns for justice I see no fairness in the furtive killing of a charismatic leader. By knocking off him with his wife, son and associates, I only see more pain. First of all, his loved ones witnessed the bloodshed, his followers have more reason to hate the US, and our country is continuing the chain of violence. If Al Queda kills US citizens, our Navy can’t unilaterally kill Al Queda. That’s the law of thugs and gangs. Our killing gives Al Queda more reason to retaliate. Is that not obvious? Bin Laden is not the anti-Christ. Vipers and moles act with more moral courage than the Navy Seals and its generals.”

I used to think when watching the world news the US had a mob case of ADHD. Like a child with a Christmas stocking of GI JOEs and cowboy holsters, our army invades Iraq, in 2010 it pours in troops to Afghanistan, and then gleefully adds its deadly cluster bombings to Libya. We are mad buffalos tramping over the middle east. Starting in 1950s for 30 years the US stayed in the quagmire of the Korea-Vietnam-Cambodia war bringing poverty and habitat demolition. Now the US bounces around the Middle east firing the first shots and adding fuel to the wildfire. In 2011, we are involved in 3 countries, while supplying Israel annually with $3 billion for its arsenal, the biggest powder keg in the region.Â  I am angry. I apologize if I’m ranting. I’m not ballistically violent. I’m trying to use words, not Tomahawk missiles.

Didn’t Christians in the US just honor Jesus on Easter 10 days ago? Now we want to return to barbarian ways of destroying someone demonized as an enemy. All those memories of forgive 7 times 70Â  and Thou shalt not kill. Does the bible say, Don’t murder except in cases of terrorism? Does killing a murderer repair anything? Nope. It increases hatred and makes the US the murderer. 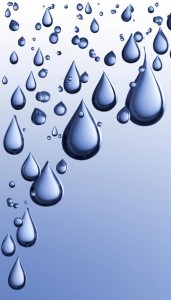 The USA is built on the principals of Life, Liberty and a pursuit of Happiness. This started in 1775 with a group of scattered patriots up and down the Eastern Atlantic Seaboard. The patriots were largely (exceptions like Crispus Attacks) Europeans who were illegal aliens. We were poaching on Algonquin land. In our land grab, didn’t we kill and pillage the Indians for decades? Â But we weren’t terrorists, we were moral citizens. How fickle is history. Do murderers get forgiveness?

I hope so because many Americans seem to think killing is a good punishment. Secondly, Obama implies that all Americans are enthusiastic at this violent act. Really? The murder is wonderful and it’s time to celebrate. It seems a bit bizarre almost gluttonous to cheer because of killing. I would like to mourn for all of us, especially for how far we’ve fallen from our beliefs that all humans are able to pursue happiness, work for Liberty, and LIFE. When there’s life, there’s hope. Death, like zombies and phantoms, only destroys. What Jesus says is — attacking the attacker only destroys us. Get it? Please send me your response.