On Saturday I took the 15-cent bus (moomoogee) down to Kigali center. I wanted to buy African fabric, but to my dismay, I found many stores closed–those local stores with hand-made items. Do you want to know why? Soon after President Kagame came to power, he instituted community meetings on the last Saturday of the month. The monthly Umuganda meetings are obligatory for all Rwandan adults. These meetings start at 9, include announcements, and then all do public work project. 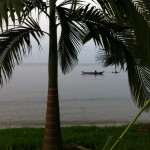 In 2014, President Kagame called upon all Rwandans to join hands in eliminating the root causes of stunted growth in children through a program, Kitchen Gardens, supported by Umugandas. The proliferation of kitchen gardens across the country could see steady gains against nutritional deficiencies and malnutrition. 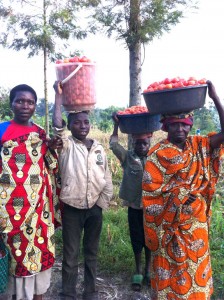 Some groups, like the Abeziranye nutrition group in rural Rwanda supplements the kitchen gardens with nutritional education. Abeziranye comprised of 24 members, mostly women, who voluntarily come together to learn about health and nutrition. They provide practical demonstrations — house-to-house — among their members. Participants also receive training in child nutrition, including breastfeeding and nutrition for pregnant and lactating mothers — because damage from malnutrition takes place in the first 1,000 days of an infant’s life. I mention these programs, growing from the Umuganda philosophy, because Quakers here are clear that peace can’t happen without practical development and education.

In July and August 1994, after the slaying of 800,000, 2 million Rwandans identified as Hutu fled to Burundi and Congo. The Rwandan Popular Front (RPF) succeeded in overtaking Kigale, and Hutus ran in fear of retaliation. The RPF under Kagame tried to set up a multi-party government. Finally the international community sent relief to refugees, but with retaliations and cholera outbreaks, many met their death. Refugees are still a big problem to this day. Many Friends programs help the refugees. Two of my sweaters and a skirt I donated to refugees. Most days here reach 76 degrees, but if temperatures drop at night to 60, Rwandans get cold.

What I didn’t realize was that at the end of 1994, 70% of the Rwandan population was women, most of them widowed by killing or by imprisonment. This caused an amazing shift in the cultural matrix. The women were needed to help run the country. Women had to care for orphans, manage businesses, and lead local councils. Now Rwanda has the largest number of women in government than any other country, about 45% of Rwanda’s parliament are women.

One of the remarkable feats of Kagame’s authoritarian government was the plastic bag ban in 2008. This ban is comprehensive–no importing, manufacturing or use of polythene bags. If I am caught bringing a plastic bag (for clothes for instance) across the border, I can be fined $100. Kagame totally supports this ban. Local lore says, “if he finds a plastic bottle on the side of the road, he will stop, make his escorts to go and pick up the plastic and then they drive until they find a bin to dump it.” Rumors have it that after the ban, Kagame and cohorts invested heavily in the paper bag industries. (BTW, the first country to ban plastic bags was Bangladesh in 2002.) 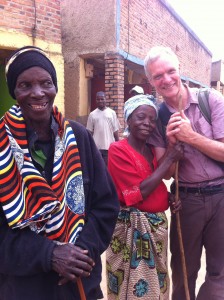 Although the adjustment to the plastic ban was hard at first on businesses, especially small enterprises, now Rwanda has amazingly clean streets and healthier farming. Rwandans are proud of their cleanliness, especially they compare the country to Kenya or Burundi where plastic is in piles on streets. Creating unity, tolerance, equality and sustaining the environment has a long way to go in Rwanda. The horrors of the past haunt many. But Rwanda demonstrates with the plastic bag ban and Umuganda their positive steps towards humanity and the environment.