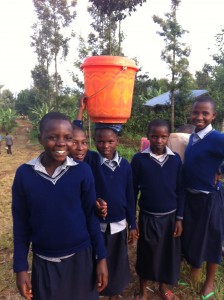 Rwanda and the USA have one thing in common—violence at home has erupted wildly in the last 30 years. Both countries need immense healing from trauma. You may think of healing as a soft, fuzzy kind of work. Trauma healing can be tender, but even more, it’s tough work. This healing has a real impact on whether within our countries we stop murdering each other. Killings usually lead to trauma, and unhealed trauma leads to insecurity and often more violence. It’s a huge deal which deserves our attention.

A research scientist, John Gottman, found that when our pulse rises 10 beats above normal, the rational part of our brain begins slipping out of gear. We start reacting from our reptilian brain. We literally start to ‘loose it.’ This happens if we’re arguing about who uses the shovel, who cleans the dishes, who wins the presidential candidacy, struggles around disputed territory or fear from a terrorist attack. 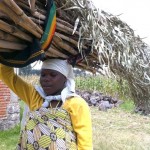 In Rwanda I hear genocide stories. The major massacres happened in 1994, but I’ve also heard stories of former Tutsis beginning killed or brutalized before 1994, and former Hutus being terrorized or killed after 1994. A woman, call her Francine, was worshipping in church near Musanze in 1997. The army came in and threatened to kill everyone. Everyone was ordered to lie down. Francine was separated from her husband and was in a panic. She was pregnant at the time. Francine heard gunshots, and she knew some were killed. Then an officier said if you have a Bible on you, we’ll save your life. She remembers that horrible day in stark detail, but thanks to God she and her family were saved. This happened ‘after the genocide.’ I often see people with large scars on their legs, neck or scalp. Let’s just assume the majority of people in Rwanda are healing from trauma.

Some Rwandans didn’t have a gun pointed at them–but not all trauma is so dramatic. What types of trauma does the separation of families, or the fleeing of your homeland cause? A Friend, Odette, left Rwanda 1994 as a young girl with her sister and father. They fled to Nairobi, and after the massacre, they got word that her mother was nowhere to be found. Odette grew up in South Africa assuming her mother was dead. Twenty years later a neighbor told her family he saw her mother. Sure enough, Odette was able to meet and reconnect with her Mom. Her Mom had remarried and Odette, at 28, found out she had 4 younger 1/2 sisters. How would that change your life? Would you be angry or grateful? It takes decades to sort out the effect of mass trauma. 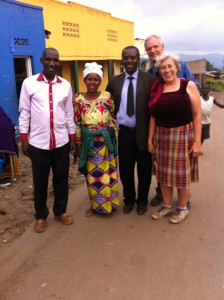 Conventional wisdom tells us–Time Heals All Wounds. This isn’t true when it comes to trauma. The healing isn’t passive: it’s intentional and often daily work. Many times a community falls back into a framework of revenge, or labeling others the source of evil. This happened after 9-11, and is happening today in the US with ISIS or Daesh. Obama just ordered bombing in Libya, born out of the belief that violence will combat violence. This thinking is false and senseless. There is a plethora of ways to heal in healthy ways, instead of blaming and attacking. Carolyn Yoder, a Menonite, says that the paradox is that we become more secure when we promote the security of our friends and enemies. Hopefully that is happening now among the US and Cuba. The opposite of security is happening within Palestine and Israel. 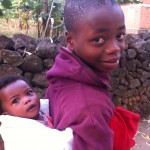 In Rwanda, the jury is still out for lasting security. My hope is to help swing the pendulum towards healing and thus, sustained peace. Some factors to look for are voices of community leaders that 1) hold the tension of paradox without retaliating 2) problem-solve when faced with real dangers 3) separate fantasy from reality [think weapons of mass destruction as fantasy] 4) restore family ties, reconnect refugees and other divided groups 5) value freedom of speech.

On an individual level, how can healing happen? A major feat is calming the hyperarousal, to interrupt the fight, flight or freeze responses. Activities that Rwandans find helpful in trauma healing are prayer, meditation, sports, drumming, singing and dancing.

“True forgiveness is achieved in community… It is history working itself out as grace, it can be accomplished only in truth. That truth, is not mere knowledge. It is a coming to terms with, an acknowledgement. It is a labor.” Hanah Arendt