This is a guest column from Lynn Fitz-Hugh.

While you pay taxes today, Bank of America, G.E. and other major corporationsÂ dodge. Bank of America, the 9th largest corporation in America, last year paid no taxes while receiving $1 billion in US taxpayer subsidies!Â Â This year they made 4.4 billion and expect again to pay nothing in taxes.Â  G.E. earned 10.3 billion in pretax income, but paid nothing and in fact received a tax benefit of 1.1 billion!Â  This is an outrage when Congress is poised to cut all kinds of vital human services because the Federal Government does not have enough money. 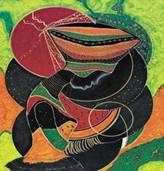 Bring the Billions home: bring our needed tax monies back from the wars into our communities. Â WA state plans to cut schools, healthcare, public safety and other programs by more than $5.7 billion.Â  Yet Washington voters have paid $28.6 billion to date for the wars in Iraq and Afghanistan with $3.9 billion projected for next year!Â Â  We pay 1.2 million per year per solider in Afghanistan.Â  Bringing home just 2,083 soldiers would pay for WA’s total state deficit.Â  (To find out how many soliders would need to come home to end your state deficit clink on this great link for the Global day of action on Tax DayÂ Â https://demilitarize.org/fact-sheets/fact-sheet-state-buEndingÂ the Afghanistan war would pay for every state in the union’s shortfall and leave an extra $8 billion for nationwide social spending!Â  Self serving politicians tell us they must cut the State and national budget because there is no money.Â Â  There is plenty of money and over 59% of it is being spent by the Pentagon!Â  We the taxpayers are fed up.Â  A poll at the end of March shows 64% of Americans feel the war has not been worth it for the US.

Meanwhile public records show Bank of America has both received defense contracts in Charlotte, NC and has provided debt financing for Cerberus Capital Management to buy out DynaCorp International, a defense contractor.Â  G.E. directly contracts with the Pentagon and builds weapons systems. So these Mega corporations while paying no taxes is busy making profit off of war, not to mention homeowners, etc.

We want the American tax payer to understand how this works – the middle class are taxed to death.Â  59% of their money goes to pay for wars that polls show the majority do not support, while Corporate giants skip out on their taxes and continue to show healthy profit dividends for the rich stock holders.Â  Let’s bring equity, fairness and human services back into paying taxes.Â  Everyone who benefits from US services should pay for them – no free ride for corporations or the rich! Visit Lynn’s blog site at https://home.earthlink.net/~totheroots/