by Minga Claggett-Borne | Mar 21, 2012 | Inspiration from Sages, Rolling by the River's Edge

Today the river was liquid cellophane, silver and lugubrious. Thank God I am ambulatory and up before the Harvard hordes. 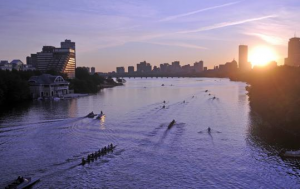 I had a nightmare the night before. The dream was a bad car accident where I was terribly hurt but without a drop of blood. Do you ever wonder where pain comes from? Does the river feel the pain of all the chloride and aluminum metals? Do beetles have receptors, knowing when your boot crushes them? Such were my thoughts on this early morning run by the Charles River. I was running despite the groaning of my joints and the dullness of my head. Often when I’m stuck or in trouble, I just run by the river edge. Sure , just rationalize it as exercise to relief stress, but I know better. I’m actually trying to become the river, to move over this earth soaking knowledge like water.

Today I was not disappointed. Spring came in the strangest form, not daffodils, not the bluegills running downstream. There, next to the packed earth of my running trail were little 5 centimeter mounds of dirt. These primordial mounds were tiny bubbles.  Not linear ziggurats my brother made of sand, no they were pebbles of dirt piled by a blowhole. Scattered like confetti They were everywhere. The worms of spring had awoken.   Not a one of their congregation was visible, just these tiny portals crested with a posy of earth. This way I knew the worms are doing their work without having to step over the slimy buggers. The geese were out trumpeting and cropping the grass to a nub. Among bright green tufts sat the worm piles,  like drip castles made on the beach. They are fine decorations without their slithery blind carpenters. I know worms are the farmers of dirt, composting our soil. It’s nicer to see delicate mounds instead of a toilet thimble.

Running under the majestic sycamores, I saw buds all about. My stride stretched. I made my shoulders drop with my exhale. I and the worms are sharing this plot of earth. Do worms have nightmares? I just steamrolled over a worm hole pulverizing the mound. Oh well. “Sorry, for destroying your day’s work. Sorry for being a chunk in a delicate world of new growth. I can’t claim to be an animal rights maniac when I kill so many species with my gluttonous lifestyle. On a material plane, I take up more space than an elephant.

These squirmy, gutsy worms not just making rich loam for mammals, but aerating the surface. I run, thud,  stretch, thud. 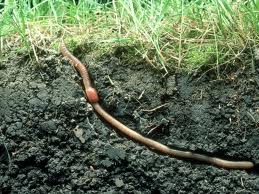 My heavy steps harden the earth. I am planning Seder dinner, I pray for my son in New Orleans, I will build a garden bed. But the worms, they are preparing the earth better than a horse and plow. I run hard over the land, and the worms, one by one pull out the dirt, leave earth in piles, dive under and push the organic stuff.

Two Quakers taught me a lot. The first one I listened to and the second one I argued with. The first one, John Calvi, is a well-known healer who pronounced, “If you can’t pray, at least do something for 10 minutes daily where you are not thinking of yourself.” Oh-kaay. That way I’ll be ready, and open for the Messiah, who has come and is coming. So though my turbid brain wasn’t pray, my song to earthworms has saved me for today. The other Quaker, Lita, told me that history wasn’t important, but the fact that Quakers believe in continuing revelation is. I protested, I love the story of daredevil Quakers. This history informs me. But reveling in Quaker past glory is hubris and bunk. I lost the argument with my friend.

I feel strong and relaxed as I run over the last bridge. Revelation comes in small increments.  I dodge a patch of daffodils on my way home. My nightmares met into the dank soil. But my foot comes down flat onto a worm mound. Splat! 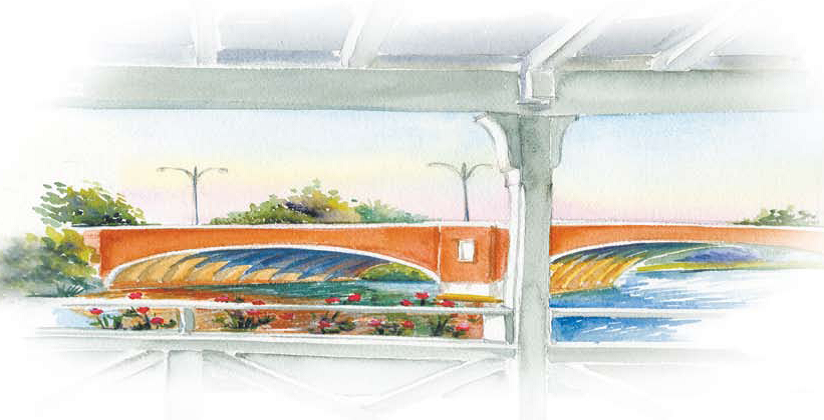