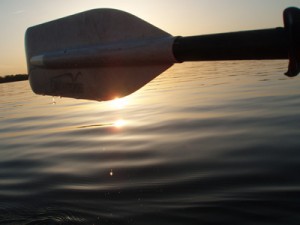 Would anyone dare swim in the Charles River, the open gutter of Boston? Isn’t the water polluted, cold, and filled with blue green algae? Talley ho. In the 1850s Boston alderman called the marshes around the Muddy River a cesspool. Yes siree. Swimming in Cambridge was outlawed in 1950s with the build-up of industrial waste. So sad. It’s a disgrace that our oceans are dying. Yes. I plead to the oracles of water and wind, is it safe in 2011 to swim the Charles? Yes and No.

I joined 100 people in swimming a mile race on June 4th 2011 in the Charles. We all survived. We are all passionate about swimming and, all of us, are slightly nuts. The river in May is 58 degrees which is fine for seals and but not human waifs. The race is open water, no feet are allowed to touch the river bottom. The water quality is immensely improved in the last 15 years, but in rainy weather the channel receives excess run off. The floor of the river is caked with heavy sludge. Therefore, the entire swim is done in deep water.

My spouse asked me, “Why would you want to race a mile in muddy water?” I had selfish reasons. I wanted a physical challenge. I love the River and I want to dwell in it intimately. “Rolling in the Charles” is like having a little nooky and “a roll in the hay.” Seriously, my body feels alive in water more than in air. 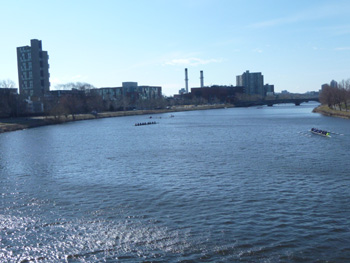 I started practicing early this spring. I needed to swim a mile in under 40 minutes to qualify for the race. At the end of March I swam a mile in 42 minutes, which was close. Close, but not true. Swimming in open water is quite different. Swimming in a constricted pool you must stick to a narrow lane and every 50 yards you get to push off from the side of the pool. When you get a leg cramp or swallow water you can hold onto the side and declare recess. I needed practice Â for 3 full months so as not to embarrass myself.

Since 2006 the Charles River Swimming org has planned the mile race. Weeks ahead of time the water protection gurus measure the bacteria and sediments in the Charles to determine whether it’s safe to swim. In 2006 the rainy days increased the storm drainage into the river and the race was canceled.Â  Bostonians wag their fingers and explain that in the 1970s and 80s if you entered the Charles, you had to get a tetanus shot. Swimming was worse than stepping on a rusty nail. In 1983 MDC claimed the Charles River would never be swimmable.

It appears we need to reverse our position. The tide is changing on water pollution. The new Boston holding tank system stops our sewer pipes from treating the river like a toilet bowl. Since 2006 six annual races were carefully planned and half were canceled due to water quality concerns. The water quality was good in 2007, 2008 and now 2011.I swim in the race for the splash effect to prove that our city’s clean-up efforts are working.

I felt unsettled. Maybe I wasn’t swimming for splash effect wasn’t the right attitude. Â I prayed to Osiris, Poseidon, and Â Mark Phelps. Then my prayers turned to Moby Dick, and even Mother Goose. I can attest to the power of prayer. FYI, praying with Moby Dick did not help this swimmer. Choose well how you pray.

The day of the race was liquid sun. It was beautiful and breezy. The water was not placid, but not choppy. My sweetheart had given me a backrub the night before. I planned carefully a light nutritious breakfast at 6 am. I did a few yoga stretches. I left my family asleep, to wake up an hour later. I was tense, but as ready as I could be. The wildcard wetsuit was in my backpack in case of emergency. A swimmer told me that she bought the wetsuit just for the Charles swim. She By Gawd was going to wear it even if the water was hot.

The course looked difficult. You had to start in deep water, swim upstream toward Harvard Square, swim back towards Boston near the Salt and Pepper Bridge, then return to the dock. Older women got checked in first. At registration I wrote my swim time at 39:30 for the mile. My number was # 99, stamped on my shoulders and swimming cap.Â  That is I was 99 out of a 100 total. I just kept breathing as hundreds of people milled around. “As long as you complete the course, don’t worry about the time.”

Everyone received a body marking, 99 blazed on my biceps. Someone assured me that the Japanese deemed double numbers as good fortune, like rolling doubles with dice. I am 55 with the number 99. I mused maybe I’d be out here racing at age 66 or even age 88.

Ulla, the organizer with warm eyes, told us cheerfully what to expect. “Start by jumping in. Diving is dangerous because you don’t know if you’ll dive into a shopping cart.” I started imagining wildly all the trash I could swim into. Old cars, baby strollers, beer cans could be under the surface. I reminded myself that my mind can be a worse enemy than my body.

The whistle blew . Cast off. After plowing my arm into someone’s back, I flinched backwards, took a gulp and swam again. Someone grazed me as I splashed to the sidelines. I took in more water. The chilly currents and the splashes made me breathe rapidly. I fought down some panic. “Just pull forward, stretch out. Control breathing. Move your mind inward, stay with your inner strength.” I focused on swimming near to the shore and soon fell into a rhythm. Pull, breathe, kick and blow bubbles. My arm swings around like a bike wheel. I can watch my fingers pull lean and straight. As a hand cuts into the water 2 feet in front of me, columns of bubbles trail along my arm. In the Charles bubbles the size of fish eyes are propelled sideways to either side of my head.

Holding your breath to swim is counterintuitive. Swimming, unlike any other exercise is learning to inhale rapidly and stretch out the exhalation. You have to move swiftly in a media where you can drown. The mind is constantly assuring the lungs,

“Wait 2 more strokes. I will feed you oxygen One more stroke, just be patient.”. The exhaling of bubbles is slow and extended.Â  My lungs fiercely demand air.

With a large inhale, my lungs sing in glee. “Thank you, thank you. I can’t thank you enough.”

Only for an instant. After 2 armstrokes my lungs start its crescendo asking for more and more. My legs dance back and forth for precious seconds until the tyranny of respiration pulses again. “Please, don’t cutoff the oxygen supply. Not more than 20 seconds. Please, give me life.”

And this large primordial body, that let go of gills eons ago, agrees that an inhale is good. Breathe, kick, pull and blow. 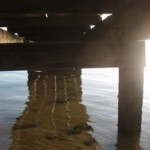 I was swimming buffeted by waves. The lifeguards and kayaks were to my left, within shouting distance. I amazingly made it into the widest part of the river, headed for the Salt and Pepper Bridge. my right arm started tingling.Â  The tufts of waves were endless, but some measure of confidence remained. I knew I would finish. My goggles let me see the Boston horizon from the water surface. Goggles are substitutes for eyelids. Humans invented goggles so we see where we’re going. I hadn’t learned that lesson and for 7 minutes I launched 40 degrees north of the designated area. So much for a clean race. Then I piloted myself east-southeast. Swimming is a good psychological preparation so as not to dwell on mistakes. When your body is churning like a food mill, you can’t self-flagellate.

Within the last leg my right arm (due to a past injury) was tingling badly. It was numb but not painful. As the dock came in view, I started swimming stronger and cleaner. My family was waiting on the platform in front. They were eager. I was hot and cold at once and tingling all over. The finish line was somewhere between the end of the dock and the ladder. Wow. I topped off the race alone. I began the race crowded in a pack of beavers but now I flipped up to the dock like a otter. My son gave me a huge grin.

“You MADE it.” Said my mom proudly. I, with my 99 mark blaring had the luck of a strong body. Strength comes from taking endowed gifts and using the them to the max. After 55 years I was swimming better than at 22 years old. I pulled myself up the ladder and then asked outloud, “anyone want to do it again?” and I fell back into the Charles. I was laughing. What were the results? Â I came in only 3rd:Â  third to the last. For my first mile race, I was proud of the official time was 41:30 minutes. Maybe praying to the bounty of Poseidon does help.

And there’s no contest: to have the Charles River swimmable (mostly), is a result of which to be proud.