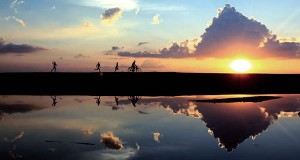 Hope During the 10 Plagues

So if tornadoes are predicted we need to fly into action. NOW. Today. With a Clif Energy Bar in one hand, and a photo of our child’s first day of school in our pocket. We need to work on the environmental crisis with hope.

We work tirelessly like angels flying in front of the greedy fulcrum of the fuel industry. We are Justice-welders. We create gardens of beauty. We compose curves of music and golden rhapsodies. We work under the looming storm to protect our Holy Planet. 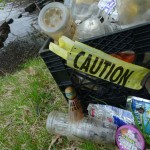 likelihood was only 66%. Scrupulous Scientists from the Intergovernmental Panel on Climate Change wrote the UN‘s Climate Change published a report of 700 pages. Humans’ gas emissions cause our droughts and capricious tornadoes. Goodbye Ice Caps.

So we are living in times of crisis. But I don’t fear, because humans are amazingly creative and we can reinvent our oil-greediness. I get inspiration from the strangest places. The story of Moses helps me with looking at global climate change. Moses and his scepter brought on the plagues, and the Israelites as a people survived the devastation. Imagine 3,000 years ago and you had just heard a prophet, Moses, talk about getting out of Egypt. Would you be afraid or hopeful? Maybe they were both. At first many Israelites didn’t want to pick up and leave the Nile delta. They had food (pomegranates barley), lots of children (thanks to Shiprah and Puah) and they had work (as slaves). They had always known slavery and pharaohs. Then God sent the plagues through Moses. Remember, Moses, repeatedly spoke to the political titular, the Pharoah warning him of environmental crisis. Pharaoh begged Moses to lift the first plague of rivers running with blood. Pharaoh promised Jews freedom. Pharaoh, like a politician, changed his mind. Then the second plague came, then the third. The plagues of infestations of pests and disease were terrible, –deteriorating, — similar to 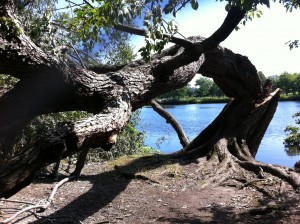 Today we are waking up to one plague at a time. Maybe you know of plagues where you live. Have you heard of  frogs or bugs as pests? Can you imagine a red spill in your drinking water plaguing you?

We have the same case study this decade. In 2013 it wasn’t the first time a river turned red, but the Indian River in FL was particularly horrible.

The 156 miles of the Indian River in FL boasted huge diversity with 600 species of fish and 300 kinds of birds. Now with immense algae blooms over 47,000 acres, the water is a killing zone. One hundred and ten manatees, 300 pelicans and 46 dolphins died by June 2013. River pollution dominates from the Connecticut to the Columbia and from the Rio Grande to the Missouri River. The Cuyahoga River out of Cleveland caught on fire several times, its-flames leaping from the water engulfing a ship. The Mississippi pours pollutants into the Gulf of Mexico causing a Dead Zone. The algae bloom, sometimes reddish brown deprives the water of oxygen and kills all living organisms. We suffer for the 2010 BP Deepwater oil spill, the largest spill in world history.. Name a river near you and see if this plague from human oil addiction is affecting your health. Global Warming is huge, and the rivers feed us life or death.

This is horrifying, but it’s more than depressing. Are you going to be a slave to doom and destruction?
How long will we be shackled to dirty fuel industry? Let us plead, sing and shout. “Let my People Go.”