Peace with a Pint of Irish

I was in Ireland all of 20 days and I’ve been puzzling “why is the human race so violent and yet so loving?” How can this be? I can’t find a kinder warmer people than the ones I met on Dublin streets. The Irish seem more active in their churches than other Europeans. Yet my time here has reverberated with violence: a Malaysian plane shot down; killing willy-nilly in Gaza/ Iraq; plus a local homicide/suicide in the Irish news. It’s troubling because the AVPers  in Dublin from over 40 countries (including violent places like Iraq, Mexico, Ukraine, Israel, Sudan) are working for peace in these countries. They share powerful stories of peace at work. 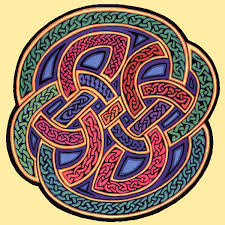 So I’ve been trying to learn from the sea-washed eyes of the Irish. Here I’ve seen that anger and frustration don’t necessarily lead to violence. Did you know that? The driving force behind war and murder is being disrespected. To feel shame is so degrading, that it’s better to eliminate the other than to endure such pain.

Ireland has its rich history of misery and glory.

First, it seems that the Celts who were Christians in the 4th century in Ireland did well including their native rituals/symbols. And there’s signs of Ireland’s symbols of divinity (or otherworldliness) everywhere. Ireland has 40,000 prehistoric stone circles, of ring forts which are illegal to destroy. Plus belief in fairies seem alive.) The Anglo Normans invaded Ireland in the Eleventh century. Then through trade and intermarriage they became “more Irish than the Irish.”

Another prolific sign all over Ireland is the appealing Celtic cross, a cross encircled by the sun. Some see the Celtic cross as a compass used by those planted so close to the sea. The interweave of the Celtic knot is a masterpiece befitting of a sailor. I saw a 10th century church where the baptism font included the Celtic knot and two stags alongside the cross. So when a culture lives with respect, such symbols of pagans and Catholics seem to thrive side by side. How is it that Christians on the mainland had such massacres as the crusades? Notice that the witch burnings for 5 centuries barely grazed Ireland. Religious tolerance was inculcated early.

Between St. Patrick and Brigid, the pillars of the Irish people, there was so great a friendship of charity that they had but one heart and one mind. Through him and through her Christ performed many great works.

But we have heard of the wars between the Irish and the English. The fight between the dragon and the lion: the green and the orange. I won’t say more of the troubled time in Northern Ireland when Protestant and Catholic fought. “And the tears of the people ran together.” The official peace accord was signed in 1992, but a remarkable turning of the tide happened in 1976. Mairead Corrigan and Betty Williams organized peace marches in Northern Ireland after 3 children of Corrigan’s sister were killed by a gunman in a car. Tens of thousands turned out: Catholics and Protestants marching together. Corrigan said, 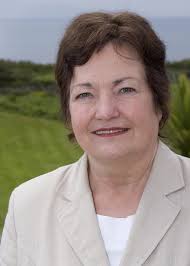 “We reject the use of the bomb and the bullet and dedicate ourselves to building a just and peaceful society. We offered love, not condemnation and self-righteousness, we offered forgiveness and reconciliation, and a vision of a Northern Irish society based of equality, fairness, and justice. If we want to reap the harvest of peace and justice in the future, we have to sow seeds of nonviolence here, in the present.”

Joan Baez wrote about Mairead Corrigan, “The breath of God ran through her like a fair summer breeze. She was endlessly brave, going into the homes of ‘the enemy’ unarmed. God bless the brave women of Ireland who, for a brief but exceptional moment in time, waged mass nonviolent warfare in one of the most violent times in the world.”