I. The West is obsessed with Islamophobia. Look at Indonesia, the largest Muslim nation, which had democratic elections in 1955, and, despite a period of dictatorship, had returned peacefully again. Are we fighting wars in Iraq, Iran, Afghanistan, and Pakistan for justified reasons? ‘The most important struggle is with the dictates of conscience: what is morally wrong cannot be politically right’, quoted Anwar Ibrahim, Malaysia 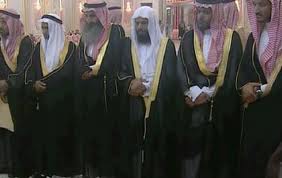 II.  I’m a patriot. I’m committed to nonviolence. the Occupy Movement is not a me-generation, let’s all get jobs and go home. Occupy Movement is mobilizing many of us to change. The US is no longer a democracy but it’s not apartheid (not yet!). I hate to say it, dear friends, but this last decade congress has eroded our hard-fought rights. The Patriot Act, The National Defense 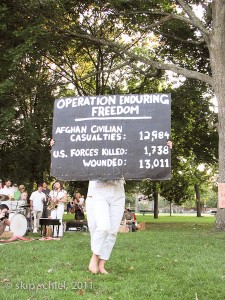 Authorization law passed the last day of 2011 violates our 4th 5th, 8th  amendments in the Bill of Rights. Police in the Occupy movement have infringed on our 1st amendment right for free speech and peaceful right to assembly. And then there’s the drain of our income, with 50% of our budget going into the military. Supposedly we pulled out of Iraq in November, ludicrously declaring success. More than 70 Iraq Shias were killed the first week of 2012. Obama built up troops in Afghanistan to keep.

III. Obama is a war lord throughout the world. He wants to maintain troops in Afghanistan, as if the US could be a supreme war lord among the tribes. The USA wants to control Latin America with a pointless embargo on Cuba, with CAFTA/NAFTA which controls trade; and the SOA or WHISNIC in GA training military officers in abusive military tactics.  And I benefit by having a warm house at 62o in the winter and a hot water heater which keeps 20 gallons hot on demand for my daily shower. Do I really need all this natural fuel?

IV. For their own sanity, I hope US soldiers believe what Defense Secretary Panetta told troops, “You will leave with great pride — lasting pride,” Leon Panetta said in January 2011, “Secure in knowing that your sacrifice has helped the Iraqi people to begin a new chapter in history.” He described the mission as “making that country sovereign and independent and able to govern and 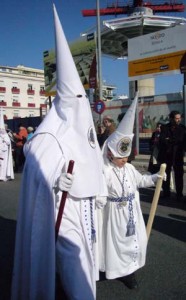 Iraqi citizens don’t see the rosy glow of freedom. “The Americans are leaving behind them a destroyed country,” said Mariam Khazim of Sadr City. “The Americans did not leave modern schools or big factories behind them. Instead, they left thousands of widows and orphans.” Not to mention decimated towns and a weaker health, education and commerce. You judge for yourself, Is US need to control oil, worth the costs of war?

V.  For me, I bathe in the sun drenched winter days lamenting the US tragedy. The tragedy is that we can’t extract ourselves from being the Top Gun and the devastation caused in 2011 in Afghanistan, Iran, Pakistan, Iraq, Palestine and Bahrain. Where did I miss? I have to pinch myself to say “the US is at war. I am contributing to many deaths in the Middle East.”

In the cold, the squirrels chase each other in circles above in the canopy of tree fans. The blue jay for random reasons screeches ruffling a posy of sparrows on the smoke tree. An obscure beauty calls out to us. Nature is violent and beautiful. My pet cat loves to catch innocent mice. Killing mice does not violate my moral code. I don’t allow mice to eat my stored food. Mice in my flour turns me into a mouse murderer. Yes, I can be violent, but I won’t call mice terrorists because they invade.

My world is still intact despite all the rawness of life around me. I do not plan to kill Murdoch, Romney or lavish billionaires even though their lifestyle is killing the planet, our home. Only greed and senseless killing is ugly.

I thank g-d that day-by-day in my streets there are no gunshots nor robberies. I live surrounded by a bubble of peace even though my world is full of violence. I don’t love mice, but I won’t kill them if they’re outside. I won’t begrudge the squirrels and blue jays. I love their quirks and flashy tails. The law of love is different than the law of nature.  Don’t invade countries for control and oil. You, I, in the name of freedom, must not intervene in another country. Divine Presence, may it be so.