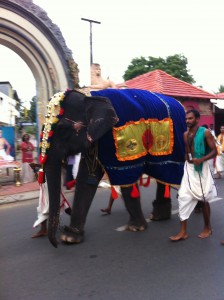 We have been in India for 3 weeks. It’s a amazing place and I know so little about it. English is always hard to understand, only about 10% can speak with us. In Kerala the local language is Mayalayam which has beautiful script. It is related to the Tamil language. They speak in a fast cadence, to me it’s a rapid sound–madayamathiryala’am…

Kerala is great for eco-tourism, it’s a thin seaside state, much like the country of Chile with low mountains called the Western Ghats. This has many forests, some jungle, lots of mangroves. It has white tigers and langurs (monkeys) and lots of birds like storks, toucans, kites, and the heaviest air-borne bird in the world called a vulture. There are reserves and zoos. I see cashew, mahogany and cork trees. This is the land of ‘The Life of Pi’ if you read that book about an Indian boy and tiger marooned in the Ocean. 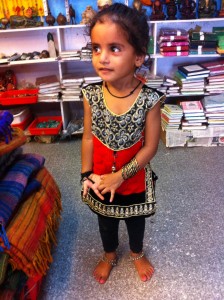 The history is rich here. This is a major learning center for Ayurvedic medicine. This ancient medicine (Ayur = life and Veda =Science) is at least 3,000 years old and is the foundation of Chinese and Greek science. I know very little, only that ayurveda is preventative and works to restore balance in your system. Balance between your kitta, vata and kapha or wind, fire and earth energy. when my knee joint started aching, I saw a practioner yesterday and he gave me 3 medicines to take: Rsnayogajagulgulu, Punarnavadi Kashayam, and Bala Thatlam twice a day. Two of them taste like bitter cashew leaves. He asked me about diabetes, blood pressure and accurately guessed my age. He said the joint pain is because of ‘old age.’ I’ll let you know how it turns out. The Ayurveda prescription seems healthier for my knee than a shot of cortisone, but more labor intensive. Jonathan had 2 teeth worked on, and the cost averaged about $30, whereas in the US it would be 10x that cost. 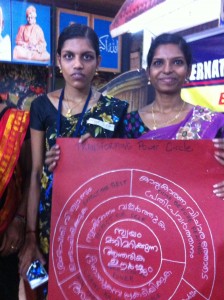 Alternatives to Violence Project is going well for us. This week Jonathan and I, along with our host Prathapan, will lead our third workshop. The first one was at GandhiBhawan Center where a man donated his land and now houses 1200 homeless people. Many are mentally ill, some are elderly or orphans found on the street (sometimes by police) and give to the caretakers here. Last here a new unit openned up to house 30 domestic violence victims with somechildren too. Most of the staff we talked to (about 250 total) volunteer their time and come 6 or 7 days a week. The ‘inmates’ walked freely around campus interacting with staff. Many of them came up to us (we are a novelty ofcourse) and gave us namaste welcoming gestures, or just waited to be acknowledged by us. politicians, celebrities, and a film crew were there the 4 days we came to do AVP. The workshop went well, and the spirit of volunteering that AVP promotes was not an issue at GandhiBhawan. Whereas in Africa and America the issue of getting paid for AVP is a controversy. 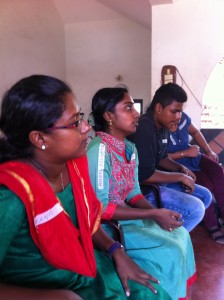 The second workshop was small, since 12 teens in trouble with the law did not show up. We offered it at a place where Prathapan collaborates called Mitraniketan which offers programs based on Gandhi and Tagore. In the workshops, it’s most revealing what violent dramas they choose to address. There are entanglements with family and marriage. Dowries are fought over; women or children are abandoned. We see discrimination against lower caste for jobs and opportunities. Sexual harassment and rape have been acted out in AVP. And there are many alcoholics and the impact on the family. One brutal attack betwwen a beggar and a lone girl on the train was reenacted. He knocked her unconscious and was later convicted. In AVP the group changed the ending so that an alert train conductor interrupted the man just at the moment of the attack.

I am still a green twig learning AVP. I must model it, I must use utmost respect with each person even when they annoy me. Today at AVP an 18 year old said that idling their time was violence. That gave me pause. Above all, for each problem I encounter, I must own my contribution to the difficulty. How can I state my mistakes and continue to work for the team? Can I be resilient inwardly, letting go of my defensiveness, shining the light? 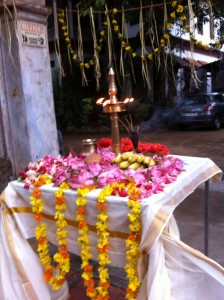