India 33 Years after the Disaster 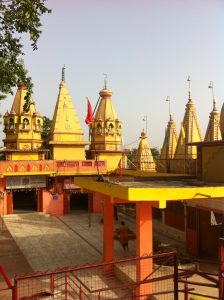 What makes the city of Bhopal in India famous? It is crowned with a huge lake, and is dubbed the City of Lakes. Have you heard of its amazing inter-religious harmony- Christians, Jains, Hindus– all respect each other– and almost a third of its population Muslim? Have you heard of Bhopal’s prosperity with small commercial enterprises of jute, textiles and pottery along with a predominance of farming?

For those of us over 40 years, we know Bhopal as having the largest ever industrial disaster in 1984 with 4,000-16,000 deaths. The villain, Union Carbide, leaked 40 tons of deadly methyl isocyanate gas (MIC or cyanide), being produced for pesticides. As with Cherynobol and BP’s Deepwater explosion in the Gulf, the safety mechanisms were inadequate and the danger was minimized so that profit could be maximized. 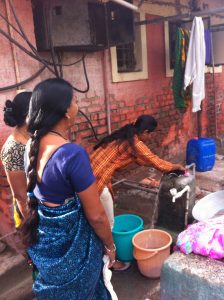 I talked with several who remember the travesty. One Friend at the church, Sumand, worked day shift at Union Carbide, and missed direct exposure. Supervisors at the plant on Dec 3, 1984, turned off the alarm system and denied to police for two hours that anything was amiss. Most Bhopal residents exposed to the MIC gas were first aware of the leak by exposure to the gas, or by opening their doors to investigate commotion, not by being instructed to evacuate. Those that ran actually suffered more (sharp inhalation), as did children who breathe closer to the ground.

Another Friend, Devdas, told me he volunteered those first weeks at the under equipped hospitals. Some doctors had never heard of MIC, much less how to treat its effects. Trees lost their leaves, animals became bloated and died. Thousands died the first three days, (the total toll is not clear). Many babies were born with birth defects.

Devdas also pointed out that during the disaster mutual help was palpable. All religions and many from different classes worked in unity. That year the Bhopal Friends joined a project to help children return to school and to help victims earn a livelihood by teaching sewing handbags. 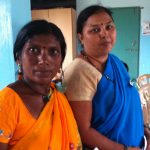 Union Carbide was bought by Dow Chemical Co. in 2001. Dow says the legal case was resolved in 1989 when Union Carbide settled with the Indian government for $470 million, and that all responsibility now rests with the state of Madhya Pradesh, which now owns the land. Thirty-three years later the local rivers where I take my morning walk are still contaminated. I passed the site of the chemical plant, now a dry blot with some steel towers encircled with barbed fences.

We are all haunted by wraiths of these disasters. They are accidents, and they aren’t. Since I was 8 years old living on the Chesapeake Bay I’ve watched how we poison the earth. Every Spring a couple of bald eagles (who mate for life) laid eggs on Marshy Point in a huge nest. But the eggs never hatched because of the DDT concentrated in their bodies. Those thin-shelled unhatched eggs linger on the edges of my mind.

We pay the price of pesticides, nuclear energy, methane mining, and excessive use of vehicles. We are greedy, we won’t give up our addictions to chemicals and fuel. Another description of being greedy is suicidal. Do we lack imagination or are we frozen in fear?

The good news: our lives can be different. I know we can be a better people. Despite of Deepwater, Exxon-Valdez, Orlando, and Bhopal we can turn the tide.

A Friend, Jay O’Hara says, “When I sit on a mountaintop, or next to the ocean,… and I know that the world is such a way, and I know that the world needs to be such another way, am I able to live with myself and act according to what I know is true? Have I done what needs to be done?” We can stop the use of pesticides, we can stop fracking, we can travel by bike and train, we can grow kitchen gardens, we can…. We can. We have the technology to live differently, but how do we develop the will? 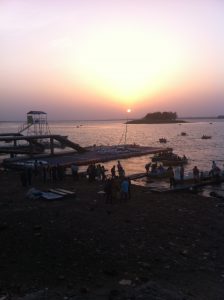 The Jewish prophet Micah asks, “What does the Lord require of you….”