In Nepal, Listening for Peace 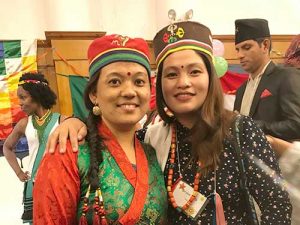 I’m living these last ten days in Kathmandu, near Baktapur, Nepal. I’m living with a family—Pradip, Barsha and Prabel. The family works hard and sleeps in one bed. One night there were 5 people in a double bed. They are very sociable and close to their parents, often visiting them and arranging their health care. They come from farmers and we visited one set of grandparents yesterday.

75% of Nepal is mountains. Fourteen Himalayan peaks are over 8,000 meters. Erosion and pollution obscure the beauty but the presence of the silent sentinels affects me night and day. The snow frames the moonrise and highlights each crag and ridge. Two tectonic plates grind against each other, the Indian subcontenent against the Tibetan plateau. These moutains are rising 1 centimeter each year. I hope I can grow as fast. Sagarmather is the tallest at 8,480 meters. We know this snow-capped beauty as Mt. Everest, but why call it by a foreign name? 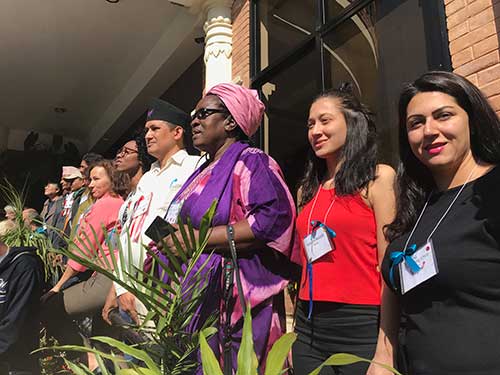 I wake up before sunrise to catch the chards of night. I can hear the whoooo-oom. Whaoo-om. What animal call is that? It echos and bounces and I realize I never knew what a yak sounds like. Ah well, I didn’t come close to a yak, those throaty calls were local birds. Even in November hearty flowers bloom bright orange and red. The poinsettias can grow to 12 feet in Baktapur.

The AVP conference is in the north of Kathmandu at a fancy hotel. This city is swarming with people who fled the war in 1996-2006 and refugees fleeing from Tibet when China occupied their country. Many Bhutanese refugees were booted from their country 10 years ago and were put in refugee camps in eastern Nepal. Nepal, with a history at least 2,000 years old is crushed between the powerhouses, India and China, who fight over Nepal trade and good will. Here is the source of much fresh water and unique ecosystems. 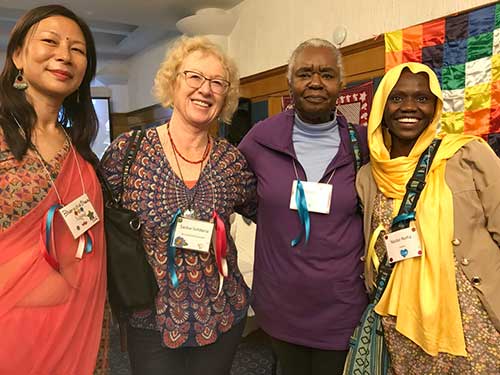 We had opportunities to learn about peace workshops after the Earthquake (2015) in Nepal, in conflict areas in Philippines, teaching AVP in Rwandan universities, AVP with US veterans, AVP operating in every prison in Bolivia, AVP with gangs in El Salvador.

I went into our 6 day conference thinking that I would learn about peace from other countries. I left learning more about myself. I can learn more by talking less frequently and with less angst. In AVP terms I am sharing ‘la palabra’ and remaining open and curious (not angry and furious). 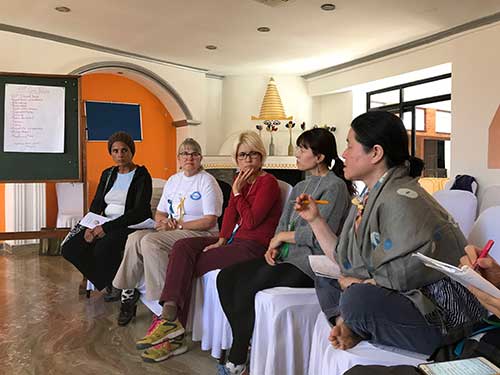