Climate Change is our Love Story

I am growing slowly, steadily. Imagine a dandelion, stretching its yellow tendrils. in the face of climate disaster I’m humbled but not cowed. I am reconfiguring the pieces of my life.

The tempests, the droughts, the melting ice caps are speaking to us louder than any scientific treatise. Human greed has caused havoc with this planet. The biodiversity is amazing and wonderful. 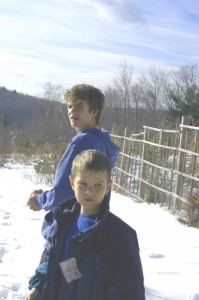 Global warming has informed us that humans have smashed tough boots into the ground, causing massive carbon footprints. Humans over consume, overcrowd the land, pollute the air and seas shamelessly.

Our exploitation has broken harmony with creation. When we create dissonance with creation, we break with the Creator. We cannot be a people following God and continue our current lifestyle. The 8 commandment says

Do not steal. We steal forests, rivers, and food from the poor. The 7th commandment says

Do not commit adultery. We do rape the land with fracking, building pipelines through aquifers, and mountain-top removal for coal powered electricity. The 6th commandment says

Do not kill. The killing that happens because of fueled vehicles, air-conditioned buildings, and butchering animals breaks my heart. Do we need to destroy so much of the earth? Will motorboats and hummers be remembered in 100 years when eagles and big cats and coral reefs have died?

We were given a Garden of Eden. We are not to dominate. It is not even a Garden entrusted to us. We are dependent on it, and thus must listen to its needs, not only to human needs.

Where do we find guidance in the midst of climate change? The stories of Genesis, Navajo creation stories, and the Cherokee and Seneca are ancient lessons. The guidance of human behavior, human love and justice can be found in many scriptures like the Torah, Bhagavad Gita, and the Bible. Thirdly we can listen to the voice of creation today. The Christian trinity is the Creator, the Messiah and the Holy Spirit. Well the Spirit is sending us messages—in a nonverbal voice–some of destruction and some of hope.

My journey includes learning how to listen beyond the fray of human discontent. My vision includes welcoming all types of humans and allowing all living creatures to live in their niches. My work is to listen to the Holy One who blesses all species, and doesn’t favor humans over others. I need to listen to many who are saying, “I can’t breathe.” 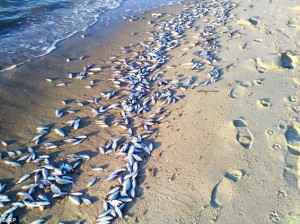 The needs of dolphins, redwoods and rhinoceros are interwoven with my needs. The survival of the planet is the same story as Noah and the Ark; as the Navajo Changing Woman; as condors that soar in the Andes; as sea turtles that march up the beach to lay eggs. I don’t despair. It’s our story; it’s a love story.

I bend and learn in the face of climate disturbance. . I trust in the universal power. I do not understand the sturdy dandelion, but I listen to the wind that scatters its tiny helicopter seeds. And I  smile. 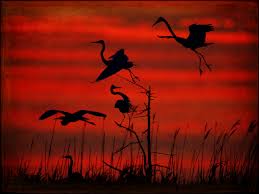