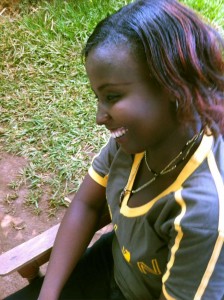 Solange was 5 years old in 1994, yet parts of the genocide are brittle and clear. When the slaughter started in April, she learned that her family is Tutsi. Solange lost two older brothers; and her sister who was just 11 years old. All four of her grandparents were murdered. And she had two aunts and three uncles who were killed.

It was a strange time. Nothing was predictable. You wake up from your mattress one day to ruckus and chaos, and the next day only a deathly silence. In April, Solange and two sisters were stowed at a neighbor’s home (Hutu) where five children were living. After three weeks these Hutu friends ran out of food and they sent Solange and her sisters back home. Solange’s father had been assaulted and left with a huge wound on his scalp. Her Dad never fully recovered from the wound, going in and out of hospitals until he died in 2011. After the genocide, her Dad couldn’t work and money was very scarce. 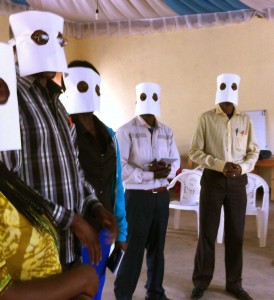 Growing up post-genocide was difficult: society was chaotic. Many Rwandans in 1994 fled the killings, and for years afterward there was still fleeing, escaping and returning home. “I lost so many friends in primary school.” Solange sighed. She had Congo, Burundi and Uganda classmates. In 1995 a Hutu neighbor escaped from the RPF (Rwanda Patriotic Front) to Congo. Solange says, “I lost these childhood friends, and then I got new ones.”

Solange was raised Catholic but the genocide left her disillusioned. Her Aunt Angelic, like thousands of Tutsis, took refuge in Nyamata parish church on April 14th. Ten thousand were killed that day. The priests colluded with the Hutus, letting the murderers go rampage with hoes and machetes. The Bugesera district around Nyamata was flowing with blood. Before 1994 Nyamata had about 120,000 residents. Ten years after the genocide, the population of the town was estimated at 12,000.

“I can’t go to Catholic church because I don’t have hope for Catholics.” The betrayal of the priests cut into Solange’s heart. “Around 2009 I was invited by a friend to attend the Friends church. I started going and there I was invited to attend a workshop called HROC (Healing and Rebuilding in our Community) in Kigale. Later, I went to a Training for Trainers in Burundi, where I was taught by Theoneste, Adrian and Florence. For the first time at this workshop, I told the story about my Dad being hit on the skull with a machete.

“At the HROC workshop it was hard, but I did tell the group about forgiving my sister’s killer. I know who killed my sister. My Mom and I went to the Gacaca Court proceedings (process of truth telling) in 2004.” (Solange was 12 years old.) Her mom told the story of who killed Solange’s sister in front of the gacaca judge. 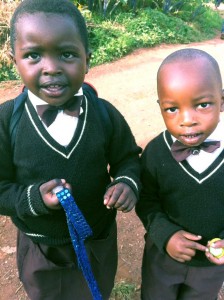 Solange, to me, represents a person who has reconciled to the violence. She identifies as a Rwandan, (not Tutsi) and this identity is based on her history. Rwanda’s story didn’t stop like a wrecked train in 1994. A people’s identity, it’s morals, it’s theology and concepts of creation are a result of its history. But who recounts the history of a country? Throughout the ages, history is told by the victors. In the US our history is told by the patriots; the English after the French/Indian war in 1750s; by the Whites in North after the Civil War. The US has not reconciled to its militant past.

A Mennonite scholar, Alfred Neufeld writes, “Many societies do not find ways to rewrite their history after a violent period.” He argues that the church (or people of faith) needs to speak out to keep an ethical dignity. Who balances the myopic view of the conquerors? If Christians don’t state their objection to the justification of violence, the cycle of hate and corruption will continue. Miroslav Volf asks Christians to name the moral truth. The victors in a conflict often explain “what is in fact a murder, into an act of piety.” The church must assert a reconciling identity that doesn’t veil the society’s crimes. The body of Christ, or the fellowship of all within God’s reign, should never be mutilated. Volf sums up saying that the reconciliation identity “entails a judgment against evil in every culture.” The church has been weak in testifying against the victor’s recounting of history of war and empire. 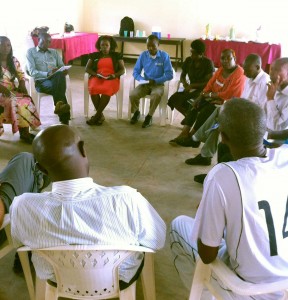 Solange is an unemployed accountant. “I love HROC because it is healing me. This workshop heals my heart. We, in Rwanda, don’t talk about the problem (genocide stories). Now I do many HROC workshops. After the workshop participants call me and say ‘God bless you.’ I train HROC companions in local communities. After the 3 day workshop, we follow-up with a companion workshop, to get local people who offer (lay) counseling. “HROC mixes escapees (survivors) and prisoners (perpetrators). Ex-prisoners suffer because of their many crimes. Survivors suffer from so many people lost. I lost 2 older brothers and a sister… Like 12 people in my family.” Solange looks at me plaintively. Her eyes are fathomless.

“I want my country to know history and the truth. I still have questions about genocide. But now I’m satisfied (at peace personally).”
Are people who perpetrate murder or war at peace? Is the US very different from Rwanda? 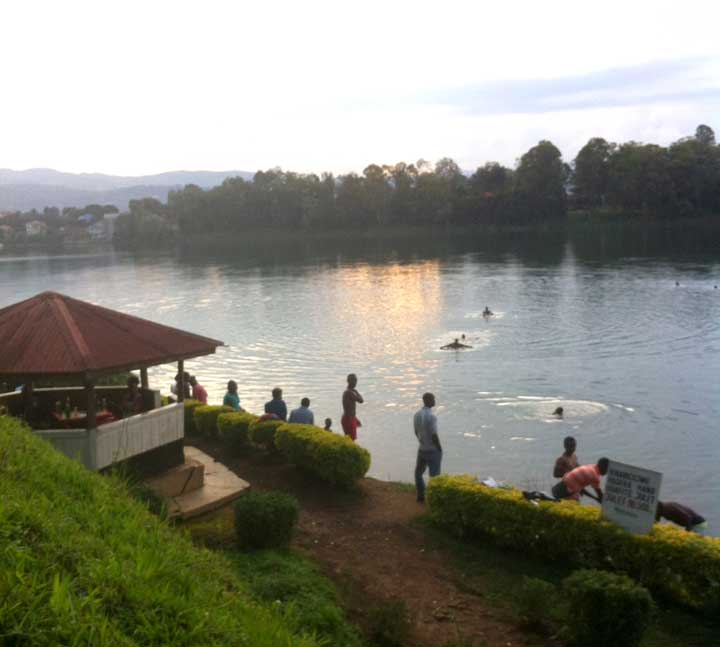