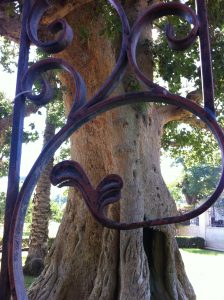 Coming home after a sabbatical is a love-hate journey. I love connecting with friends. I hate shopping and all the ‘stuff.’ I love curbside recycling; I hate all the plastic packaging in the US. Many friends are interested in the trip: What did you learn? What was the highlight? How did the 10 month sojourn change you? I hate-and love- all those questions.

Does a long trip change me more than if I had stayed home in Cambridge? Yes, my body changed for me; my mind paced itself differently; my synapses fired in different circuits; my prayers seemed more intimate and yet broader too.

I can say for certain as I traveled to Israel and then East Africa, my eyes changed. A few times in Jericho and Jerusalem, I saw Jesus walking on the marble steps. Jesus’ eyes were piercing; his sandals were made of rope. When he looked my way, my prayers glowed. Jerusalem was beautiful and so disturbing. My eyes couldn’t get enough, and daily acquaintances mentioned the killings, stolen dignity, imposing walls.

Whenever I saw Jesus, I recognized how Occupation in his time and in our time is similar. Jesus’ first ministry from the pulpit was “repent, the kingdom of God is upon you.” I didn’t know I was repenting at first, but my eyes repented in Israel. I don’t know how to say this, but I saw olive trees and headscarves and fences differently. As if before I was only seeing a reflection of them. While walking there with Jesus under the occupation, I was processed my landscape differently. It made me humble. I had an about-face–repent means to turn or a change of heart. 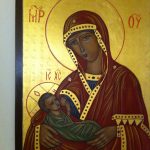 Last October I took a bus from Jerusalem to Nazareth. I was struck with the high cliffs, the many churches, Jesus’ laughing at a fishmonger, a hometown dude in Galilee. I walked through Capernaum and Canaan. the people near Galilee over the centuries were occupied by many armies. I met some parents who were resolute, many were despondent. When will their nets be bursting with that huge fish catch? When will the people of Judea and Samaria embrace? Isn’t justice available to both Jews and Palestinians? I saw Jesus with his ‘homies’, and the words of the gospels were grounded in the land. The clean sweep of the hills, the rugged land, the fact that the major trade route from Asia to Egypt passed through Galilee. It brought me up short.

Imagine sitting on the hills around the Sea of Galilee. It’s about 33 miles in circumference and standing in the north, I was surprised to see the complete shoreline. What a beautiful amphitheater. Sun flickered over the water. Tiberius and other villages were clear, some spots like a fin flashing in the sun. The Lake was slightly salty, with limestone and calcium clays. Basalt was deposited here 20 million years ago. 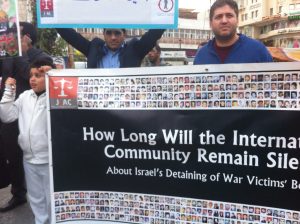 The Sea of Galilee is the northern spur of the Syrian-East African Rift System. This dragon-like trench passes to the east of the lake and the Jordan River. It extends all the way into Tanzania. Thousands of years ago the earth’s plates started pulling apart, not perceptibly by me, in my human lifetime. East Africa, starting with Somalia and southward are an eastern earth-plate, the trench is along the Lakes Turkana, Victoria, Kivu and Tanganyika. It’s hard to imagine how human history is written on this sub-strata tabloid of earth. This plate is moving northeast, most of Africa is knuckling westward.

When I understood how space was permeable, my sense of time started to vaporize. I saw early humans in Turkana, Moses, Mary and Joseph crossing deserts, the storms and migrations sizzled in my mind. The depression following the Jordan River was hollowed out in the Epoch ending 3-5 million years ago. During the humid periods in the past 2.5 million years, the Dead Sea extended north up to Galilee. During the pluvial period, about 20,000 years ago, a great lake called the Lake of Lisan covered all the Jordan Valley. Since then the waters have receded, with Israel swallowing so much water, both Seas are at an all-time low. 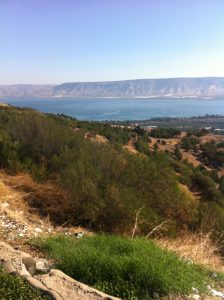 We walked near the Lebanese cliffs northeast of Galilee, caressed by steady winds. But I couldn’t walk among the hills: the 1982 war between Israel and Lebanon (also Syria), riddled the land with landmines. We walked through the ruins of the Roman capital of Galilee, Zippori. They say the Romans indentured Jews to build the city 2,000 years ago, most likely Joseph and his young son built houses there. Jesus worked within an empire that exploited, insulted, devalued him as he grew up.

So it is with the political landscape of Galilee. The peace of this land eludes humans. The earth underneath the borders of Israel down through Tanzania is moving, changing our foundation. We need a longer view of how to live in harmony …maybe 20,000 years long.